So, not all of Pookie’s moments of the week have to be good moments, right? After much thought, I decided that Pookie’s moment of this week was when he threw a total fit at dinner time on Tuesday. Normally, he’s such a good eater, but on this day, when I placed his delicious shrimp quesadilla in front of him, he basically got ultra pissed off at me, refused to eat and started screaming. The night before, he loved the quesadilla, so I’m not sure what happened here.

Trying to get him to calm down, I offered him his Humpty Dumpty, which made him somewhat happy, but he still needed cheering up, so I brought over the potholders, which had been a hit at dinner a couple of weeks ago. I tried putting them on our heads, but he needed them on his hands, so I obliged. 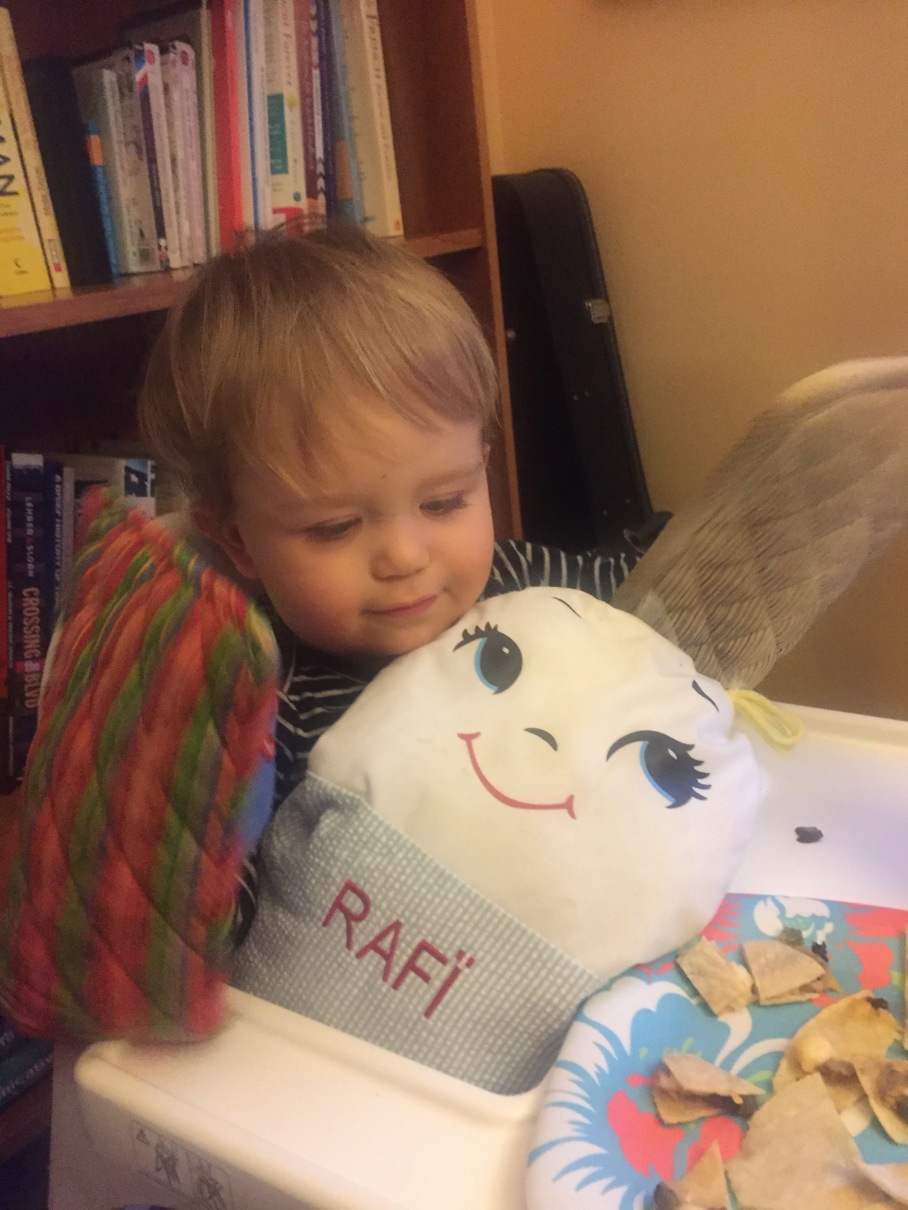 This is what it took to get him to calm down and kind of eat his quesadilla. And just because it was definitely out of the ordinary, it’s the Pookie Moment of the Week.

Pookie’s runner up moment of the week was bathtime with the foam numbers and letters that I had gotten him for his half birthday last week. They are definitely his new obsession. 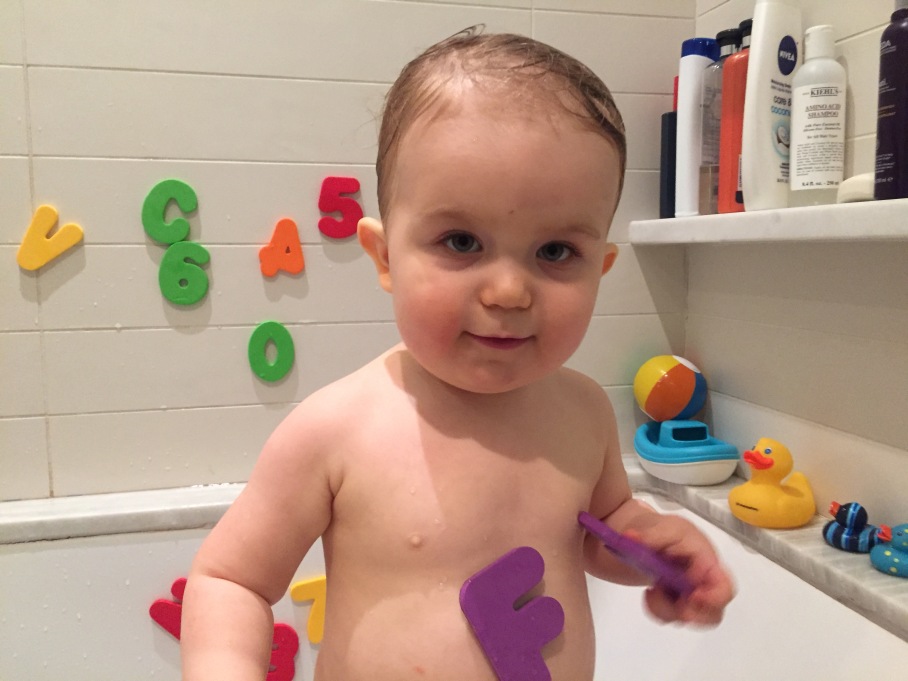